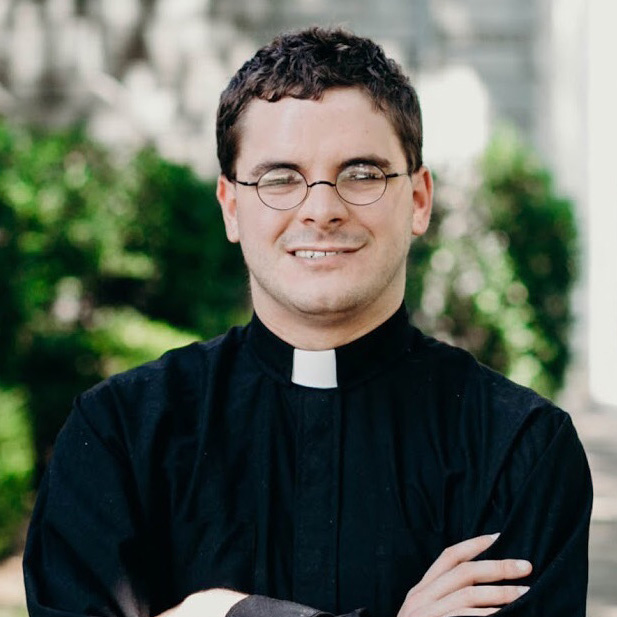 The Reverend Robert Wright Lee, IV (Rob) is an author, activist, commentator, and preacher. His work has been covered by MTV, the View, The New Yorker, CNN, the New York Times, NPR, and countless others. That may sound like a mouthful, so Rob is often found just telling stories with friends in his hometown. Speaking of that, Lee is a native of Statesville, North Carolina and graduate of Duke University Divinity School in Durham, North Carolina. He received his Master of Theological Studies in May of 2017 with a focus in practical theology and homiletics His thesis was on the corpus work of Bishop Will Willimon. He was an endowed scholar while at Duke University. Lee completed his undergraduate work in Religious Studies and Appalachian Studies at Appalachian State University where he met his wife, Stephanie. Though he flies to New York, Boston, Chicago, and all kinds of other places—the red clay of the Piedmont of North Carolina is in his bones.

Rob believes preaching and writing are his native languages and expressions of the abundance of God. He has written extensively for both secular and religious news outlets. Rob’s work has appeared in outlets such as NPR’s Weekend Edition, All Things Considered, and multiple appearances on WUNC’s The State of Things. He has regularly appeared on CNN Tonight with Don Lemon and other national news outlets, and has a popular podcast, Beloved Journal. He has written for Ministry Matters, the Methodist Federation for Social Action, the Huffigton Post, the Common English Bible: Student Edition, and the Washington Post. He has preached from notable churches such as the Historic Ebenezer Church in Atlanta, the American Cathedral in Paris, Rockefeller Memorial Chapel in Chicago, First Presbyterian Church in Birmingham,

Rob is a collateral descendant of Confederate General Robert E. Lee and has been engaged as an activist in the field of racial reconciliation. He participated in the 2017 MTV Video Music Awards and was on ABC’s the View where he spoke about the need to confront white supremacy and white privilege in white churches. In July of 2020 he testified before the United States Congress on H.R. 970, a bill to remove a statue of his ancestor at the Antietam battlefield and on Capitol Hill. In January of 2021, Rev. Lee participated in the Inaugural Interfaith Prayer Service for President Joe Biden and has regularly written devotionals for Dr. Jill Biden. Rob has written one book titled “Stained-Glass Millennials” (Smyth and Helwys 2017) his second book “A Sin by Any Other Name” was released in April of 2019 by Penguin Random House. “The Pulpit and the Paper” is Lee’s third book and was released in November 2020 by Smyth and Helwys. In 2022 Lee edited a prayerbook for foster and adoptive families titled “Fostering Hope” published by Smyth and Helwys.

Rob was baptized and raised United Methodist, at Broad Street United Methodist Church in his hometown—but he cherishes the wealth of traditions he’s been afforded to journey with. Lee still lives in his hometown of Statesville, North Carolina with his wife Stephanie, his poodle Frank, and goldendoodle Maggie. His life has been forever enriched by his two adopted daughters, Athena and Phoenix. He’s an avid autograph collector too.