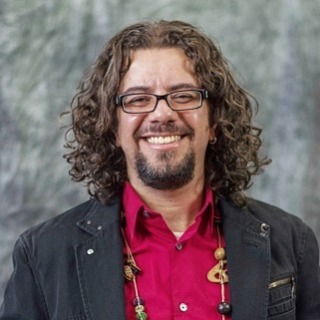 Cláudio Carvalhaes, theologian, liturgist and artist, a native Brazilian, completed his Ph.D. in Liturgy and Theology at Union Theological Seminary in New York City in 2007. He earned a Master of Philosophy in Theology, Philosophy, and History at the Methodist University of Sao Paulo in 1997 and a Master of Divinity from the Independent Presbyterian Theological Seminary (Sao Paulo, Brazil) in 1992.

A much sought after speaker, writer, performer, and consultant, Dr. Carvalhaes has preached at Wild Goose Festival, Festival of Homiletics, Forum for Theological Education, Child Defense Fund – Proctor Institute for Child Advocacy Ministry, Academy of Homiletics and many other places. He has given lectures at the Liturgy Symposium Series at Yale Divinity School, Princeton Theological Seminary, the Buddhist-Christian Conference at Denison University, the 7th Aasta Hansteen Lecture on Gender and Religion in Oslo, Norway, the Jubilee 800 Order of Preachers of the Dominican Order at the Vatican, Italy, Societas Liturgica in Belgium, Liturgical Conference in Germany, and the International Academy of Practical Theology in Brazil. He led worship for the All African Council of Churches in Mozambique, taught at the Global Institute of Theology of the World Communion of Reformed Churches and leads worship and teaches at the Hispanic Summer Program since 2013.

Recently he has been working on a global project called Re-Imagining Worship As Acts Of Defiance And Alternatives In The Context Of Empire. With a grant from the Council of World Mission, he is leading a workshop on liturgy amidst the poor with scholars, pastors and students in four continents: Asia, Africa, Americas and Europe.

Dr. Carvalhaes, the author of three books in Portuguese, has edited two books celebrating the work of Jaci C. Maraschin and Ivone Gebara. He has published a book in English, “Eucharist and Globalization: Redrawing the Borders of Eucharistic Hospitality” (Wipf&Stock, 2013) and is the editor of “Liturgy in Postcolonial Perspectives – Only One is Holy,” (New York: Palgrave Macmillan: Post Colonialism and Religions Series, 2015). His upcoming books are: “What Has Worship Got To Do With It? Interpreting Life, Church and the World Liturgically” (Cascade Books, 2018) and “Preaching and Liberation Theology: Metaphors for Our Time,” (Abingdon Press, 2019). He also recently edited Forms of Speech, Religion and Social Resistance, CrossCurrents, Vol. 66, No. 1 (Summer 2016), Black Religions in Brazil/Religiões Negras no Brasil. Editors: Cláudio Carvalhaes and Marcos Silva. CrossCurrents, Vol. 68, No. 1 (Winter 2017) and The Poetics of Religion in Rubem Alves. Editors: Claudio Carvalhaes and Paulo Augusto S. Nogueira, Estudos de Religião, Brasil V. 32, N. 2 (Summer 2017).

A member of the American Academy of Religion, Dr. Carvalhaes is a member of its Theological Education Committee. He was the co-chair of the Arts, Religion, and Literature Group, and serves now on the board of the Liberation Theology Group. He is also a member of the North American Academy of Liturgy, Academy of Homiletics and the International Academy of Practical Theology. Dr. Carvalhaes serves on the editorial/advisory board of academic journals and publishing houses including Currents of Encounter Series (Brill, Netherlands); Cross-Currents; Ecclesial Practices: Journal of Ecclesiology and Ethnography; Horizontes Decoloniales/Decolonial Horizons (Argentina) and TEAR: Journal of Liturgical Resources of CLAI, Conselho Latino Americano de Igrejas.

Dr. Carvalhaes says he is at home at Union, a school that formed him and changed his life. Union contributed immensely to turn a shoeshine boy into a scholar, he explains.