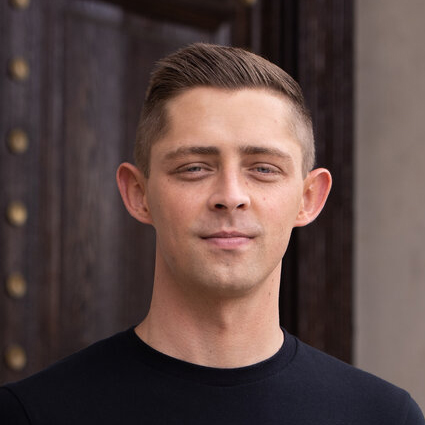 Rev. Brandan Robertson is a noted author, activist, and public theologian working at the intersections of spirituality, sexuality, and social renewal. He currently serves as the Pastor of Metanoia Church, a digital progressive faith community and is the host of The Big Questions Podcast.

A prolific writer, he is the author of seven books on spirituality, justice, and theology, including the INDIES Book of the Year Award Finalist True Inclusion: Creating Communities of Radical Embrace. Robertson has bylines in publications such as TIME Magazine, San Diego Union Tribune, The Huffington Post, NBC, and The Washington Post, and is a regular columnist for Bishop John Shelby Spong’s Progressing Spirit newsletter as well as Baptist News Global. As a trusted voice on progressive faith and politics, Robertson is regularly interviewed in national and global media outlets including CNN, National Public Radio, MSNBC, Hot Press Ireland, The Independent UK, and The New York Times. In 2021, Rolling Stone Magazine included Robertson in its annual “Hot List” of top artists, creatives, and influencers who “are giving us reason to be excited about the future.“

Each year, Robertson speaks on a variety of topics across the globe and has been an honored speaker at renowned institutions such as The White House, Oxford University, and The Parliament of World Religions. He’s taught seminars for San Francisco Theological Seminary and Disciples Seminary Foundation and currently serves on the faculty of The Lakelands Institute. He has served on advisory committees and working groups for the Democratic National Convention, the U.S. Department of State, the Department of Health and Human Services, The Humane Society, and in 2020 was named a Fellow of the prestigious Salzburg Global Seminar.

Named by the Human Rights Campaign as one of the top faith-leaders leading the fight for LGBTQ+ equality, Robertson has worked with political leaders and activists around the world to end conversion therapy and promote the human rights of sexual and gender minorities. He works as a national organizer of people of faith on a wide array of social and political issues, and is a founding member of The Union of Affirming Christians, The Global Interfaith Commission on LGBTQ+ Lives, The Ozanne Foundation US, and is a Patron of One Body One Faith.

Robertson received his Bachelor of Arts in Pastoral Ministry and Theology from Moody Bible Institute, his Master of Theological Studies from Iliff School of Theology, and his Master of Arts in Political Science and Public Administration from Eastern Illinois University. He is currently pursuing his PhD in Religion from Drew University. He currently resides in New York City.