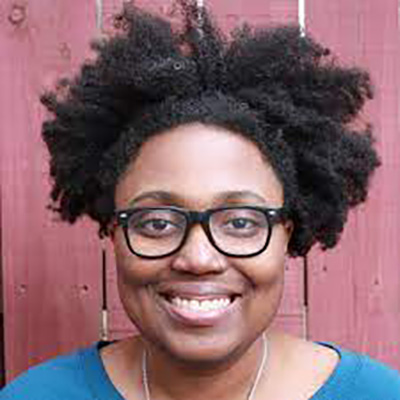 Ally Henny is a writer and speaker. She holds a Master of Divinity (2020) from Fuller Theological Seminary, with an emphasis in Race, Cultural Identity, and Reconciliation and a B.S. in Psychology from Missouri State University (2008). She hopes to pastor a church someday.

Ally has been writing about race, identity, culture, and racial conciliation on Twitter, her personal Facebook profile, and on her blog, The Armchair Commentary, since 2014. She is Vice President of The Witness: A Black Christian Collective, where she also writes about Black liberation, Black motherhood and other topics related to the Black experience.

Ally has participated in several panels and facilitated discussions on America’s race issue and has conducted numerous personal education and coaching sessions for individuals seeking to participate in racial conciliation.

Ally is a dynamic and engaging speaker who is able to draw connections from history to speak to current issues. Her style is thoughtful and engaging, challenging her listeners to think beyond their current paradigms to see a unique perspective. She has the ability to speak to and engage a variety of audiences. Ally is more than a speaker, she is also an excellent teacher who is able to appeal not only to her audience’s hearts but also their minds.

In addition to speaking on issues of race, identity, and culture, Ally is a student of the Bible and can speak and write on issues of faith. She has more than a decade of experience ministering to people of all ages in the context of the local church. Most of her time in ministry has been ministering to youth and serving as a senior leader within various church contexts.